​Available in paperback and in ebook versions   Click here to order 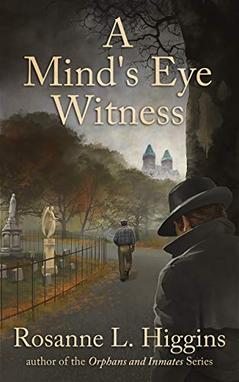 “A murder? In our house? How could I not have known?” Maude Travers, shopkeeper, novelist, and psychic seer of historical events wondered how an occurrence of this magnitude could have escaped her attention. The discovery of this news came almost a century after the fact. Maude feels compelled to dig deeper into the story using her recently honed supernatural abilities. She is aided in her mission by an unexpected, yet gifted apprentice. Working as a team, they piece together a tale of 1920’s Buffalo, New York, seeking to understand the connection between bank robbing gangsters, a witness stashed in the insane asylum, and a spy within the ranks of the Buffalo Police Department. They also learn of the devastation experienced by the family of the victim. Can they help to make amends almost one hundred years later? A sharing of gifts, both old and new, are at the center of this mystery.